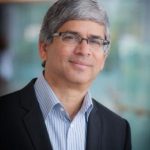 Lakshmi N. Yatham is a Professor of Psychiatry in the Department of Psychiatry at the University of British Columbia in Vancouver, Canada. He is also the Regional Head of Psychiatry and Regional Program Medical Director for Mental Health and Addictions at Vancouver Coastal Health and Providence Healthcare. He has an executive MBA in health care from the Sauder School of Business. Dr. Yatham has held leadership positions for national and international professional organizations including the President of the International Society for Bipolar Disorders, the Secretary for the World Federation of Societies of Biological Psychiatry (WFSBP), and he is now the President-Elect of the WFSBP. Dr. Yatham was listed in the Clarivate Analytics 2017 report and Thomson Reuters’ reports on “World’s Most Influential Scientific Minds -2014 and 2015” as one of the most highly cited researchers (publications with top 1% of citations) in psychiatry/psychology in the world based on research published since 2002.